Jerry DeBarge owns and operates Jerry’s Tree Service, based in Lake Charles, Louisiana. For more than 30 years, he has worked hard to ensure the absolute best results. His son, Ethan DeBarge, is an integral part of this family-owned business, and he recently chatted with us about how social media has increased awareness and professionalism and has created loyal customers for the company.

Because Louisiana borders the Gulf of Mexico, when hurricane season approaches, the state – especially those cities and parishes near the water – are hit the hardest. Lake Charles sits at the most southern part of the state near the Texas border. After Hurricane Laura in the summer of 2020, it was no surprise Lake Charles got the brunt of the storm. That tragedy brought thousands of tree companies in the area to help. “Lake Charles needed the extra help, but anybody that owned a chainsaw arrived and decided they were a tree service. This is a profession, and we pride ourselves on being professionals,” DeBarge explained. 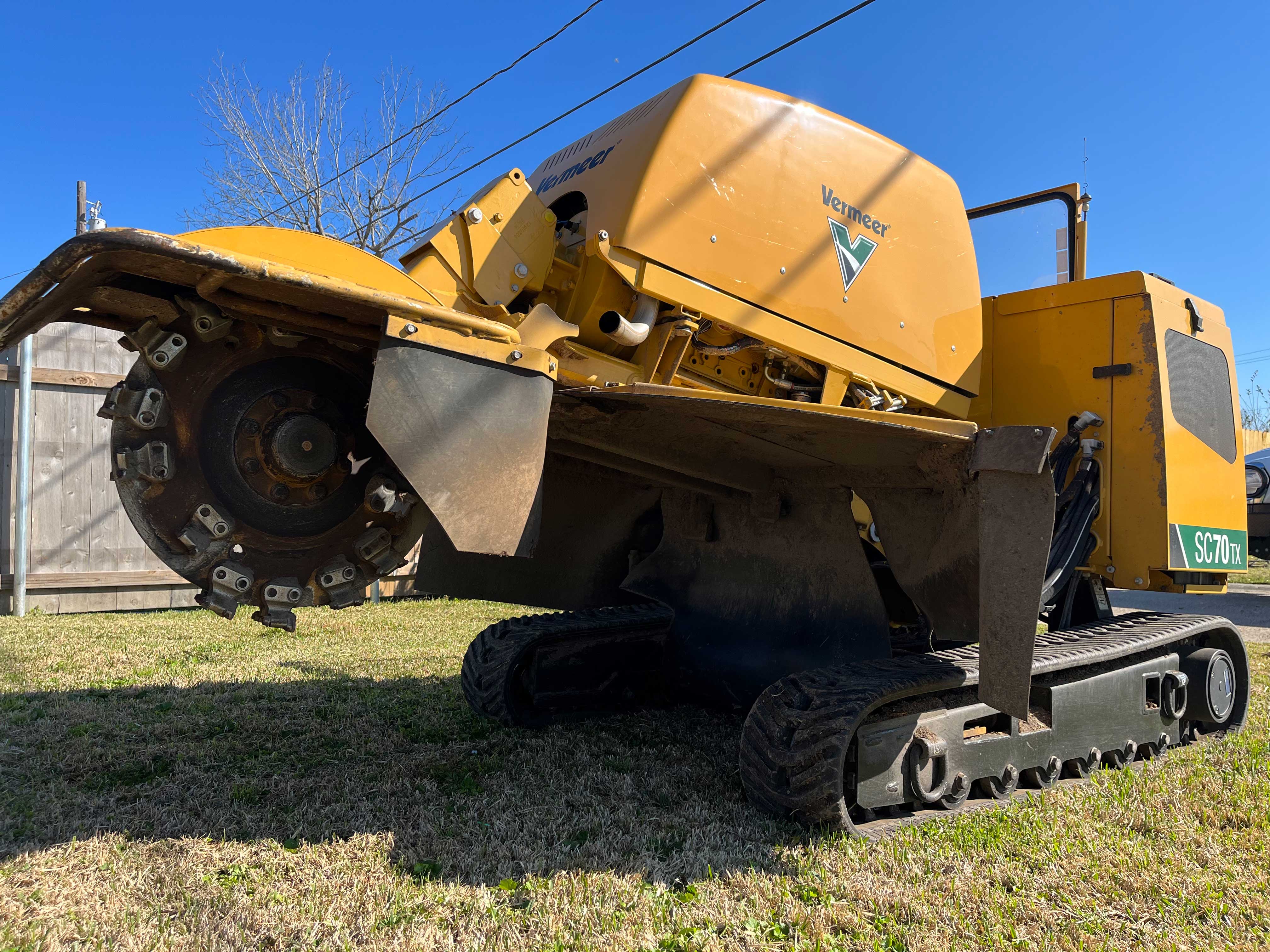 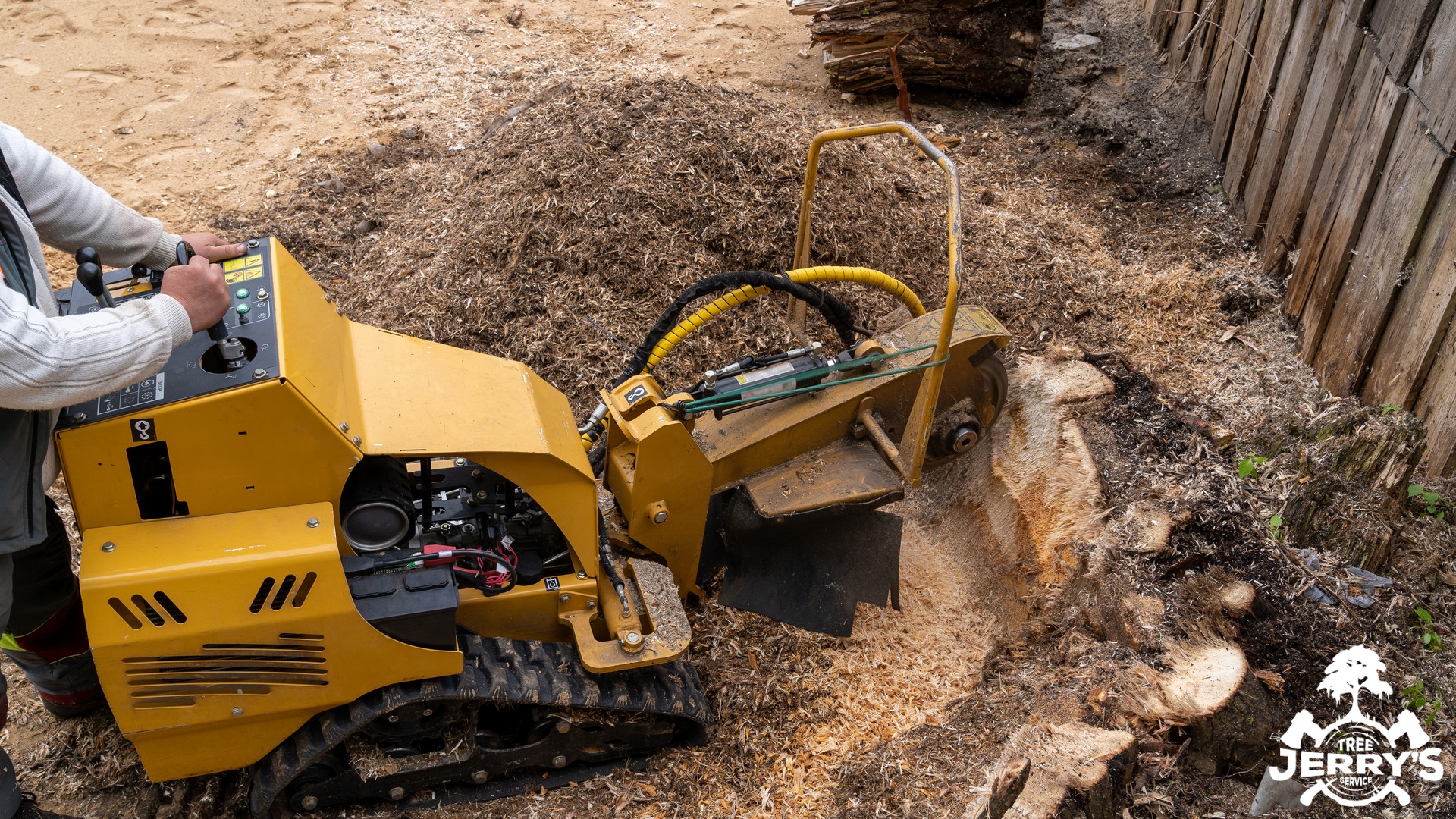 As a professional, the DeBarges are very capable of getting the work done. DeBarge said, “We’ve got more equipment than any other tree company in southern Louisiana, but all anyone cares about is our (Vermeer) SC70TX (stump cutter).”

Being a family-owned business requires wearing multiple hats in its operations. The younger DeBarge has taken on a multi-faceted social media marketing plan and has gained quite a following sharing videos of all the arborist work being done in southern Louisiana. He remarked, “You’re really only limited by your imagination.”

DeBarge also serves in the Louisiana Air National Guard as a Technical Sergeant. Prior to Hurricane Laura, after a stint in Iraq, he was deployed to Djibouti, Africa. Unfortunately, while there he was seriously hurt, which resulted in multiple extensive medical procedures. When he returned home to Louisiana, he simply couldn’t do the physical work the job demanded while he was recovering. However, because the Vermeer SC70TX stump cutter could be operated by remote control, he was able to contribute using that feature. DeBarge explained, “That’s all I could do. It became my baby.”

DeBarge used that imagination of his and started putting videos of the yellow iron in action on TikTok and Instagram. He said, “The SC70TX quickly became the most popular.” The first SC70TX stump cutter video he posted went viral. From 2,000 views, it currently boasts more than 8 million.

To maintain his following, DeBarge tries to post at least once a day and actively engage with his audience. His love of the equipment and the ubiquity of social media has helped demonstrate his passion to tree care professionals across the globe. When asked about the SC70TX he responded, “The remote control – it was an absolute game-changer. I love it so much. We haven’t had any issues with it. The Vermeer is what I enjoy the most about coming to work every day.”

Not only has the equipment helped make his company gain stardom on social media and work more efficiently in Lake Charles, but his sales rep – Stetson Hickman of Vermeer Baton Rouge – has made work a little easier for Jerry’s Tree Service too. “Stetson is the coolest guy on earth. I always tell him, he’s Mr. Flanders in a Vermeer shirt. He will absolutely go out of his way to help us out.”

For decades, Vermeer Texas-Louisiana has been in the business of helping businesses – big and small – grow with quality equipment, reliable parts and expert service. We are proud to be a part of the work that Jerry’s Tree Service is doing in the field and on the web. 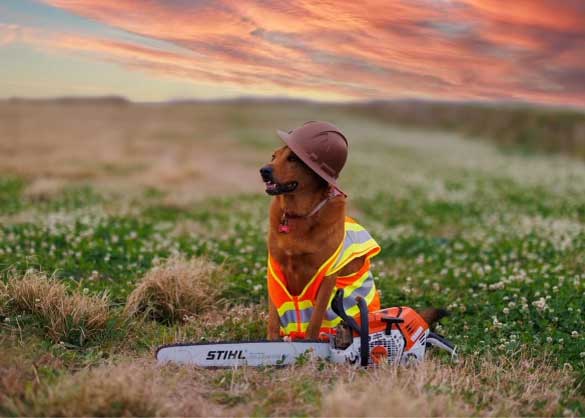